Goalie masks are scary. We all know this.

And horror fans, in the name of Bruce Campbell, Sam Raimi, and all things unliving, unite this season behind the NHL’s Columbus Blue Jackets.

And this call to action from a Pittsburgh Penguins fan. Why, you ask? Because of THIS: 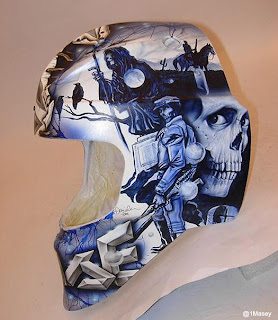 Steve Mason, the Jackets’ goalie, has unveiled his new “Evil Dead Civil War” mask, which he will be wearing while in the crease next season. A thing of beauty, and the coolest horror-related goalie mask since Curtis Joseph’s “CuJo” series. 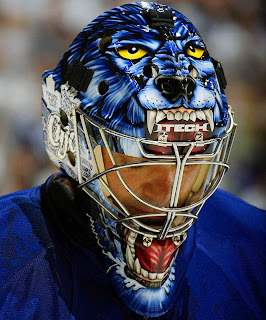 Mike Smith of Tampa Bay also rolled out a series of “Saw” masks a couple years back, as a co-owner of the Tampa Bay Lightning Oren Koules co-produced the infamous film franchise. 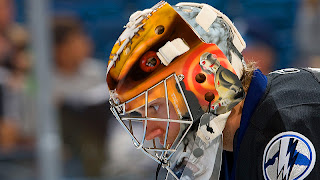 Check out this ESPN gallery of other scary goalie masks.