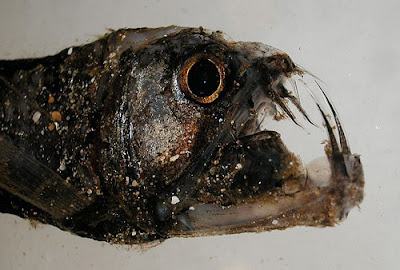 We can just agree on that.  Everything that lives underwater is terrifying. 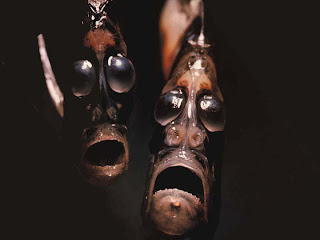 Here in Chicago, we just know something, someday, many-tentacled, many-eyed, and flesh-hungry is going to crawl out of that big ol’ lake.  Someday.

Our next 2012 Deathscribe is an award-winning dramatist who hails from the wind-chapped apocalyptic wasteland once known as “Michigan.”  (Or as WildClaw founding artistic director called it, “Mitch-igan.”)  Joseph has treated us to a dark tale of greed, deception, and the wickedness of nature itself.  Three men find themselves alone in a snowstorm, with only each other for company (or competition), and what may be an unknown species in the bathtub.  You’re heard about the one that got away, and about the catch that was this big!, but this here ain’t no ordinary FISH STORY.  This delicious creature feature is directed by Kevin Theis.

Joseph Zettelmaier is a Michigan-based playwright and three-time nominee for the Steinberg/American Theatre Critics Association Award for best new play, first in 2006 for All Childish Things, then in 2007 for Language Lessons and in 2010 for It Came From Mars. Other plays include Dead Man’s Shoes, And The Creek Don’t Rise, The All Childish Things Trilogy, Dr. Seward’s Dracula, First Snow, Blackwater Ballad, Night Blooming, Point of Origin, and The Stillness Between Breaths. The Stillness Between Breaths won Best New Play 2005 from the Oakland Press and was selected (as was It Came From Mars) to appear in the National New Play Network’s Festival of New Plays. He also co-authored Flyover, USA: Voices From Men of the Midwest at the Williamston Theatre (Winner of the 2009 Thespie Award for Best New Script). It Came From Mars was a recipient of 2009’s Edgerton Foundation New American Play Award, and won Best New Script 2010 from the Lansing State Journal. Dead Man’s Shoes won the Edgerton Foundation New American Play Award in 2011, and won both a Lansing Pulsar Award and Wilde Award for Best New Script. His newest script, Ebenezer, will be performed this winter at Williamston Theatre. He is an Associate Artist at Performance Network, and an adjunct lecturer at Eastern Michigan University, where he teaches Dramatic Composition. Joseph was recently profiled in the March 2012 issue of American Theatre Magazine, and can be reached at www.jzettelmaier.com. 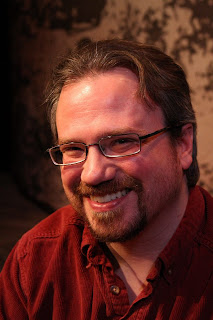