Alright kids.  DEATHSCRIBE 2012 is right around the corner, ready to haunt your dreams and make you think of things like this:

But see the thing is, all that shit’s IN YOUR MIND.  Our intrepid crews of actors, musicians, and foley artists aren’t gonna show you any of this, they’re going to make you see it in your own dark, lonely, twisted, terrifying imagination (we love you) through the wonders of sound.

But before any of those insane artists dive into creating such sonic scares, some asylum escapee has to think that stuff up and write it down using…I’m gonna say ichor.  Just like every year, this year’s DEATHSCRIBE features the work of five sagely psychos, five tormented souls who know all too well what the world is, what it was, and what it is certain to become.  And they want to share.

Our first Deathscribe of 2012 is a fella name Brandon Zachary.  Brandon invites us to a poker game at the table of Hell, where nothing is as it seems and no one truly wins.  Is this game hosted by a demon?  Is it an insane billionaire?  Or is it AN ABSTRACT THOUGHT WITH SINISTER INTENTIONS?  Damon Kiely directs this five-card mindfuck.

I’d also like to note that Brandon is the youngest Deathscribe finalist to date.  Hear that, college students across the world?  Get to writing.  We want your nightmares.

Brandon Zachary is a student at Columbia College in Chicago, currently working on a screenwriting concentration. He is a graduate of the Second City sketch writing program, and a staff writer for Ain’t It Cool News. All these things combine to form a twenty one year old slacker who watches too many films.

I never got a headshot from Brandon, so I can only assume he looks like this: 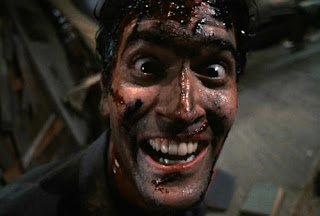