We needn’t look far for our fifth and final Deathscribe finalist. Matthew George lurks in Chicago. I was going to say something about the long, dark, winding corridors down which this Deathscribe dwells, but Chicago is laid out on a grid. Very few twists and turns. Streets at right angles, perfectly straight, in some cases for miles and miles. Driving down a street in Chicago might just make one feel like they’re in an episode of the Twilight Zone…the street goes on and on and on until the vanishing point and beyond, without end. In FALLING APART, a drive that goes on too long lands a young couple in the company of an older pair who are most certainly not what they seem. Audrey Francis directs this eerie trip down the strangest of rabbit holes.

Matthew George: There really isn’t another medium that can so directly activate the imagination like radio. You have to actively participate to make the world work. How terrifying is that, that you’re the only one who can see what you’re seeing. What else is like that? And man, to make it a horror play, to have you be truly alone in your experience, with no escape to shut your eyes to make it go away. It’s like a little monster is born in your head that might never go away. I HAVE CHILLS RIGHT NOW.

MG: On a macro level, I’m terrified of the things we can’t change. On a micro level, I think old people in rocking chairs are up to no good.

MG: Someone getting hit in the head with a shovel.

MG: Well you have to move more quickly, this is a truth. I found it helpful to think more about atmosphere and tone — what tools do I have to make a whole world known instantly? How can I use words and sounds to transfer feelings, emotions rather than thought? I think my goal was just to create something unsettling that lingers once the sound stops. It’s like cheating, but without cheating. 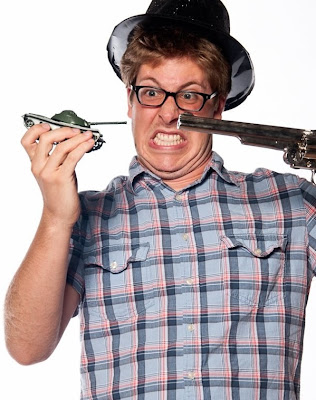 Matthew George is a recent graduate from Yale University with a B.A. in American Studies. His play Cow Play was performed at the 2011 NY Fringe Festival and was runner-up for the National Student Playwriting Award for the Kennedy Center American College Theater Festival. His play Commandments was performed by the Yale Dramatic Association in the winter of 2010 and was part of the Attic Theater Company’s Emerging Playwrights program in New York this October. He also co-wrote and performed in the original musical extravaganza Cold Turkey, which was seen in Ars Nova’s 2010 ANT Fest. This past summer he was a member of the Core Company at the Orchard Project, a summer theater workshop run by The Exchange. 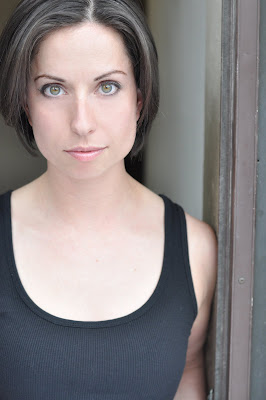 Audrey Francis has acted, directed and taught in Chicago for over 7 years. She is also one of the proud owners of Black Box Acting Studio. Audrey is a graduate of the School at Steppenwolf, where she now teaches both the Meisner Technique and Text Analysis. She is a Jeff Nominated actor who has worked at The Goodman, Victory Gardens, Writer’s Theatre, Northlight, Pine Box Theater and Steppenwolf. Audrey was most recently seen as Julia in Want and Frankie in Where We’re Born at Steppenwolf. She’s appeared in multiple independent films, commercials, webisodes and television shows including: The Promotion, Dustclouds, Donnie Brasco- The Documentary and the NBC series ER. Directing credits include: Life & Limb and The Most Liquid Currency in the World (Pine Box Theater); The Sugar Syndrome (Chicago Dramatists); Master Harold and the Boys (a.d. Steppenwolf) and Sexual Perversity in Chicago (U of C). Audrey is a graduate of Colorado State University with a degree in Journalism.