The time has come for us to get to know a little bit more about Jessica Wright Buha, our third Deathscribe. Jessica, who resides in the chilly grey moor that is Chicago, Illinois, submitted a radio play about the denizens of another grim, soggy world: Mermaids. But there’s nothing Disney about Ms. Buha’s southern mermaids. Turn your back and they’ll snatch your baby. And that’s just the beginning. Directed by multi-talented Carolyn Hoerdemann, “Alabama Mermaid” will be unlike any previous Deathscribe finalist, featuring original music, multiple vocalists, and an eerie underwater playground.

Jessica Wright Buha: Radio lets the images take place in the mind’s eye, which is always more horrifying than any visual media, because you’re drawing from images and settings that you yourself have encountered. Then there’s also the general spookiness (even in the best of times) of listening to disembodied voices telling a story.

JWB: I find most haunting the fact that there are instances in life, such as the death of a child, where we cannot reclaim what we have lost. The ultimate finality of such things, to me, is the most haunting thing there is.

JWB: I’m most excited to hear how the underwater landscape sounds in foley! I wrote it as kinda an echoey, sad place, and I’m eager to hear how the director interprets that.

I think that both horror and radio actually lend themselves quite well to the 10-minute constraint, as the genre of horror is pretty ideal for these quick, intense vignettes. The general telling-stories-by-a-campfire feel of radio is likewise very compatible with a shorter piece, especially for modern audiences who may not be used to listening to a radio program for an extended period of time. 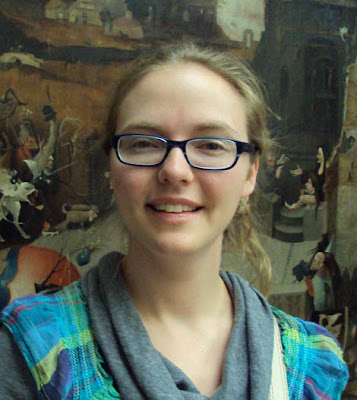 Jessica Wright Buha‘s writings have been performed by the Tempting Fates (Parrot Love, Abbiefest 2011), the Whiskey Rebellion (Sign of Rain, Rhinofest 2011), Tooth and Nail Ensemble (Under Ground, Rhinofest 2010), and Point of Contention Theatre (Acid Rain, Chaos Festival 2009). Locally, she has directed (Owl Theatre’s A New Nation: The American Civil War in Letters, Speeches, and Song), designed props (Lifeline Theatre’s Treasure Island), and worked as a dramaturg (Lookingglass Theatre’s Our Future Metropolis). She has been the resident assistant stage manager at Lifeline since 2008, and is a founding member of the Lifeline Storytelling Project, a spoken word group performing weekly in Rogers Park. Upcoming writing projects include the Plagiarists’ I Am Saying This Right Now (co-writer), and RhinoFest 2012’s Tennyson Spade, both opening in January 2012. 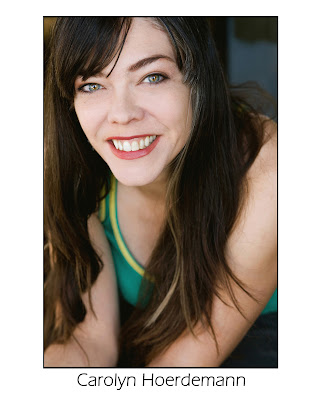 Carolyn Hoerdemann recently appeared in the critically acclaimed OVERWEIGHT, unimportant: MISSHAPE at the Trapdoor Theatre, she just finished up VENUS at the Steppenwolf Garage and the Jeff Recommended SCORCHED at Silkroad Theatre Project. She can be seen at the Goodman this Spring in CAMINO REAL directed by Calixto Bieito. She is thrilled to be part of the best night of horror in Chicago, directing the beautiful ALABAMA MERMAID. Thanks to all the WildClaw folk for having her!