We’re really effing excited about this year’s DEATHSCRIBE Finalists. But just who are these literary geniuses of the sonically spooky, the musically macabre, the aurally atrocious? In this five part mini-interview series, you’ll get to know a little bit about each twisted writer, and their equally demented director.

We’re going to kick things off with two familiar faces: Chris Hainsworth and Carolyn Klein, who will be teaming up on Chris’s play, Legacy. Chris is well-known to DEATHSCRIBE audiences, as he has been a finalist all four years. Damn sir. Carolyn directed last year’s winning radio play, The Change in Buckett County by David Schmidt, and performed in the first DEATHSCRIBE in 2008.

LEGACY
Written by 2009 Bloody Axe Winner Christopher Hainsworth
Directed by Carolyn Klein
WildClaw: You’ve been included in every Deathscribe so far, clearly your radio plays are exceptional. What’s your approach to writing for radio, any tips and tricks you care to share?

You really have to take the medium into account. Both to take advantage of the perks and to accept the limitations. As opposed to prose novel or short stories which have the advantage of allowing you to know everything that is happening both physically and mentally in the moment, or film which opens up the story to editing and controlling where the audiences attention is focused, or even the stage which can give you the elements of visual shocks and physical spacial relationships of the participants – I know it sounds obvious – but with Audio – you just have the sounds and the words.

The challenge is conveying the same amount of information without the benefit of one of your five senses. And for human beings – one of the two main senses that alert us to danger.

The challenge comes in conveying this information in a seemingly organic way.

I always try to avoid having characters DESCRIBE actions to another character in the room because they are both there – they can both see what is happening – why on earth would they say it out loud? ‘Dear God Frank! Why are you jamming that strange dagger with those Celtic runes on it repeatedly in and out of your eye! I must now run up these rickety stairs and grab the sacrificial bowl and pour this jar of Holy Water into it in order to break the Gypsy Curse that was placed on you before all of these events happened!”

If you find yourself having to go into a detailed description of what the sound/foley is – generally you need to scrap it and start over. For two reasons – 1. Either the sound should be instantly identifiable so as not to impede the story or 2. Suggestive enough to get the audience’s imaginations to do the work for you. Having been to all of the Deathscribes, you would be amazed with what can be done with a several stalks of celery or a tub of gack.

In any medium – exposition is always the bear waiting to attack you. I always try to either find a way to convey as much possible through dialogue or come up with a convention that allows someone to talk directly to the audience. Think about what your characters know and why they would be talking about whatever you need to convey.

On the less technical side – start with character. What do these people want? And what are they doing to try and get it. Everyone – especially when you only have ten minutes – should have a clear goal and objectives. I try to make sure no one is just fodder.

WC: “Legacy” creeped us out. What is it about “Legacy” that creeps you out?

CH: You can tell a lot about what an author is afraid of by what they write. With the exception of Career Day – which was more of a lark on the hypocrisy of any adult/child relationship and how that can be perverted – the other pieces that have been selected for Deathscribe seem thematically linked with the idea of becoming trapped or being unable to move on. In Remembrance it was literally being trapped by your own memories. In D’arque House it was being trapped by grief. In Legacy – it is being trapped by your anger and the wrongs that you believe have been done to you. I know enough to not go into the spooky haunted house. I know not to go to the camp or town where people have been hacked to death for years running. I know that once crap starts moving freely around your house or voices start coming out of your TV – you get out. I guess what I am most afraid of is not exterior forces planning my demise – the other – but those things inside myself – the things that make me fixate on the negative – the inability to let go of things that even I know I would be better off without. I think that we are more dangerous to ourselves than the monster hiding under the bed is. So to me – what is creepy is getting so caught up in something – an emotion – an obsession – that it leads you places that you would be better off not going. And that your life could have been saved had you only been able to let it go. 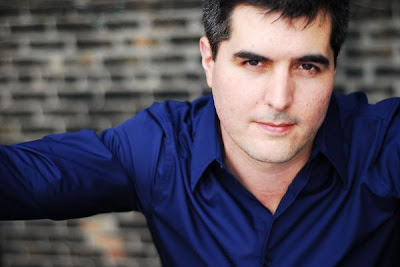 Chris Hainsworth hadn’t really written anything until 2006 when Hank Boland created the Strawdog Writing Initiative henceforth to be known as the Strawdog Hit Factory, where he matriculated with WildClaw Artistic Director Aly Renee Amidei. The focus was writing 10 minute audio plays of any genre. He turned in a ten minute piece that was actually thirty minutes long called “Teeth.” A horror story about a slacker who is given the ability to read minds and the sad end he comes to. Since then, ten minute audio plays have become a staple of his writing. The greatest challenge always being to keep it to TEN MINUTES. Now an ensemble member at Lifeline, he is currently adapting Hunger, the debut novel by Elise Blackwell for their 2011-2012 season. When not writing – Chris also spends his time acting, recently playing the titular role in Lifeline’s The Count of Monte Cristo. Chris would like to thank his wife, Katie (also an award winning playwright) for her continual support and for her editorial input on all of his work. 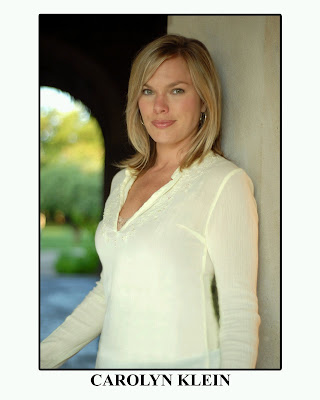 Carolyn Klein is delighted to be back after directing last year’s Bloody Axe Winner, “The Change in Buckett County” by David Schmidt. Carolyn has also directed That Was Then with Seanachai Theatre Company – where she is a proud Ensemble member and Mr. Spacky and Elephant with The Strange Tree Group where she is Artistic Associate. Additionally, she has directed The Artist Needs a Wife at the side project, for Strawdog’s Hit Factory and Dry Hump Sketch Comedy. While pursuing her MFA at Indiana University – Bloomington, Carolyn directed Fool for Love, Lysistrata and Art Whore. As an actor, Carolyn has worked with Chicago Shakespeare Theater, Next Theatre, Seanachai, Strawdog Theatre, Profiles Theatre, The Hypocrites, Wildclaw Theatre, Theo Ubique, The Strange Tree Group and New Leaf.