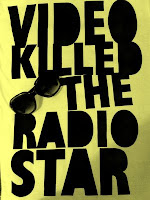 (Internet Killed the Video Store)
We live in a time of immediate gratification, of possibly new adult ADHD cases brought on by over-stimulation and the internet, and the God of convenience. I certainly am not immune to any of what modern life’s technology and structure has provided for busy on-the-go people. But I must admit to a soft spot in my heart for the simple things.

Classic case: as an adult, I sometimes look around me at the maelstrom of what life has become, and I wish it all away. I wish myself back into a childhood where bills were magically paid, where someone else drove me everywhere and took the brunt of what I know now to be inevitable road rage and commute anxiety. I miss when I wrote letters to friends I met over the summer and it took weeks before I got a reply. I long for a time when I read novels (tactile objects made of paper and smudged your fingers with ink) and waited all week to see my favorite television show (probably Herman’s Head or Parker Lewis Can’t Lose), with the understanding that missing it meant I would probably never see it aired again.

Now, we live in a world with Hulu and DVRs so that we never miss our favorite show. We read books with awesome devices like Kindles (interestingly, its popularity might be behind the creation of a perfume that celebrates the nostalgic smell of those long lost places called ‘libraries’– I’ve already ordered mine online and expect it any day now).

And then there is Netflix and the internet, where movie watching is at our immediate retrieval. This thought particularly resonates with me because I haven’t forgotten my beloved video stores. Epochs ago, I remember the excitement of a Friday night when I got to go to the video store (this one was a small section in the local grocery store), and rent a horror movie. I would spend an hour picking up each VHS, looking at the outlandish or silly cover art, and reading the summary on the back. And then I would pick one, some random oddity of a movie that looked cool. That’s how I discovered many cult and classic horror movies – by accident. Not by reading online reviews or going with a Netflix suggestion generated from a creepy algorithm, but from a pure place of uninformed curiosity. 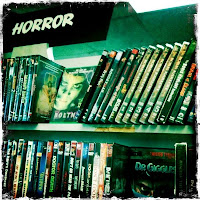 This is my open love letter to those video stores (some dying, some not) all around me. About 7 years ago, I worked part-time at a Hollywood Video. I had the perks of free rentals and thoroughly enjoyed going through every single movie in the Horror section. I loved that my co-workers would often send an unsuspecting customer my way to get horror recommendations. What ensued was something like a psychiatry session where I asked probing questions about their fears, and prescribe a film to fit their nightmares. My old Hollywood Video is now closed, as are most locations since they declared Chapter 7 bankruptcy in 2010. It is disheartening to see video stores closing. Perhaps I’m not ready to fully embrace technology and the influence it’s wrought on the things I adore. But, at the same time, I’m not dismissing the awesomeness of a Netflix account or internet access to videos. My own Netflix account has been active for as long as I can remember, and I can’t imagine not having the ability to stream Dexter or Dracula (1979). I suppose this is just a long exposition in which I simply want to convey how I miss the video store experience. 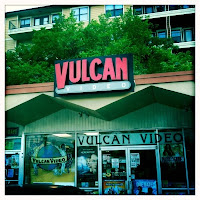 (worth the short drive)

Today, I went to an Austin, TX independent store called ‘Vulcan Video’ where there horror section is divided up into categories (Killer Animals, J-Horror, Brian Yuzna, Frank Henenlotter, Guillermo del Toro, Fulci, etc). Walking in the doors, I immediately felt the excitement of discovery, of finding that rare video or quirky 80s movie that I’ve read about but could never find online. I was happy to see several people in the store on a weekday evening (my luck, it was 2 fer 1 Wednesday!), and felt a sort of kinship with the people who still rented movies in the flesh. Obviously, these people probably all have online accounts save for a few loyalists or the technologically adverse, but the schema was all the same as I remember. You peruse the aisle, tilt your head to the side to read the titles, and spend a few awkward moments in someone else’s personal bubble as you scan the same section. You pick out your movie, feel the weight of it in your hands, and decide “this is the one.” The commitment is a little more serious here. You have approximately 4 days to watch the movie before it’s due back, before you start racking up very real charges, unlike a Netflix situation where you hold on to a movie for 3 months at a time without a thought, letting it collect dust on the coffee table. You bring the movies up to the counter, and the love affair with a potentially life-changing film begins. 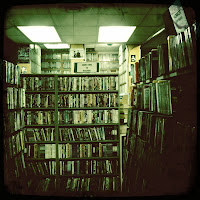 As a shout-out to my Hollywood Video days, I’ve decided to watch all the 80s horror movies at Vulcan Video, starting in order of the alphabet. There are a few caveats: I will skip over any movie that is available on Netflix streaming (I’ll leave those to the wonderful WildClaw contributor Dr. Morbius), or movies that I already own. My first intention was to rent every single horror film and review each, but when I saw Vulcan’s enormous collection… that’s just not a viable option. So I will start with ‘A’ and work my way through; this little project will give me a reason to keep going back to the mom-and-pop video store to show my support. 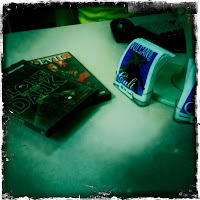