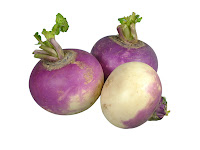 Development of artifacts and symbols associated with Halloween formed over time. The turnip has traditionally been used in Ireland and Scotland at Halloween,[38][39] but immigrants to North America used the native pumpkin, which is both much softer and much larger – making it easier to carve than a turnip.[38] Subsequently, the mass marketing of various size pumpkins in autumn, in both the corporate and local markets, has made pumpkins universally available for this purpose. The American tradition of carving pumpkins is recorded in 1837[40] and was originally associated with harvest time in general, not becoming specifically associated with Halloween until the mid-to-late 19th century.[41]

The imagery of Halloween is derived from many sources, including national customs, works of Gothic and horror literature (such as the novels Frankenstein and Dracula) and classic horror films (such as Frankenstein and The Mummy).[42] One of the earliest works on the subject of Halloween is from Scottish poet John Mayne, who, in 1780, made note of pranks at Halloween; “What fearfu’ pranks ensue!”, as well as the supernatural associated with the night, “Bogies” (ghosts), influencing Robert Burns‘ Halloween 1785.[43] Elements of the autumn season, such as pumpkins, corn husks and scarecrows, are also prevalent. Homes are often decorated with these types of symbols around Halloween.

Halloween imagery includes themes of death, evil, the occult, and mythical monsters.[44] Black and orange are the holiday’s traditional colors.

The Celtic traditional or American update: both are damn tasty.