Oh my god, it keeps getting bigger!! 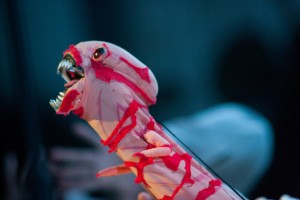 Mr. Morlock is a big fan of Scooty & JoJo.  At first it was just the audacity of the Halloween show.  But all of their work is daring and awesome and goofy and amazing and ridiculous.  And they’re damn fine people too.  No one deserve insanely huge success more than they do.  This show will make it happen. 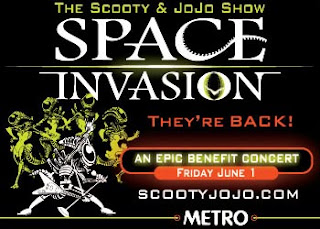 Mr. Morlock dropped a litter of kittens the first time he saw “second best horror movie and the second best action movie of all time, set to the music of the second best rock band ever”.  Kittens, I tell you.  Then he saw it again at the Metro last year and it was even better.  It was enormous.  A ripping, snorting, glam-rock woolly mammoth.

And now, just in time for Prometheus, it’s back.  Good lord, see this damn show.  I wish WildClaw had the cannonballs to put ALIEN and ALIENS on the stage, and here these guys do it with music!  I’m so in love.