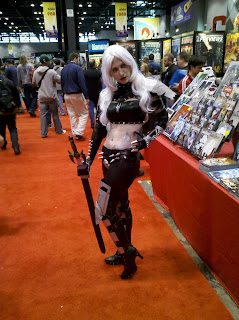 Confession time: While I am a bona-fide horror film fan, taking in 5-10 fright flicks a week, I have not delved deeply into the many other, wide-reaching realms of the genre. I’ve dabbled in classic horror TV with Twilight Zone, Outer Limits, Night Gallery, Thriller and Dark Shadows, as well as myriad 70s made-for-TV movies. But since I more or less abstain from network TV these days and don’t have cable, I have not really drank deep of the more recent pools that are Vampire Diaries, Dexter, True Blood, Harper’s Island, Supernatural or Fear Itself (although I did catch up with all the Masters of Horror episodes once they hit DVD, which is also my plan for The Walking Dead, currently sitting at a “Long Wait” status in my Netflix queue). 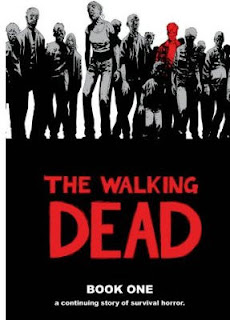 But that’s just television. The horror genre has such breadth to it and has delved into every facet of the creative arts, there’s no way that any one single fan could keep up with it. With horror fiction – and non-fiction – at an all-time high (yes, I’m counting those crazy vampire and zombie books that keep popping out like so many undead bunny litters), gore-soaked videogames, dark fantasy artwork, etc… It’s enough to make your head swim with blood.

So, for the most part, I have chosen to stay focused on the flickering image to get my nightmare fix, along with the manifold analysis thereof i.e. magazines, websites, reference books, etc. (Trust me, I never feel bored or that I’m caught up. Always more to learn…) However, when the Chicago Comic and Entertainment Expo – C2E2, for those in the know – returned last weekend for its sophomore go-round, I felt inspired to trek down to McCormick Place and see what there was to see. And while I must confess that the comic book world still appears to be primarily the domain of superheroes, there are some bright (dark?) spots in the whirling maelstrom for horror fans. 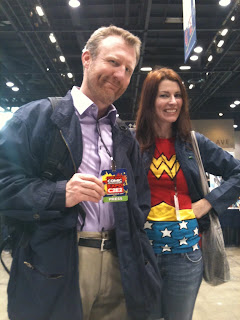 Over the course of the weekend, fellow WildClawian Aly Greaves Amidei, she of the soaring shears and piercing pen, proved to be an invaluable guide in this strange new world. In addition to her horror proclivities, Aly IS a comic book fan and has been for years (I know, I know, WildClaw has the coolest chicks around, it’s true), and so was able to point out numerous notable figures as we combed the aisles. It was an brain-expanding experience, and while I’m a little nervous about opening another Pandora’s Box to snarf down my already nonexistent spare time, I must confess I’m intrigued by this bizarre domain of brightly colored panels…especially when occupied by curvaceous babes fleeing the clutches of dripping zombies, hellspawn creations and implement-wielding madmen.

Over the course of the next few weeks, we will be profiling several of the dark artists who tell tales not with latex, karo syrup or CGI, but via keyboard, pen, brush and ink. Along the way, you’ll encounter names like Mike Wolfer, Garth Ennis, Gary Reed, Cullen Bunn, Rafael Nievez, Dirk Manning and Decapitated Dan! Some might already be familiar to you, some new, but all are thriving figures in the horror comic community. Stay tuned, and hope you enjoy the ride. Here’s a little taste of things to come: 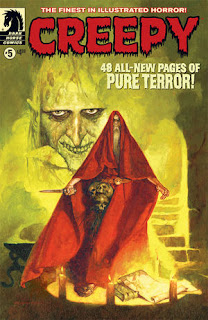 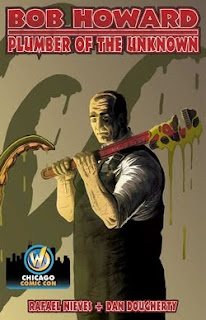 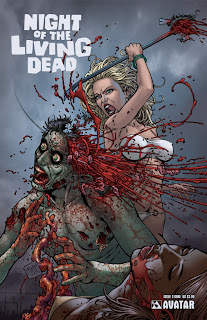 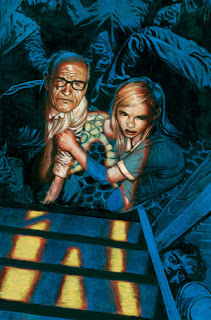 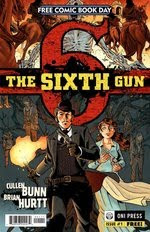