The Attack of the Mini-Views! 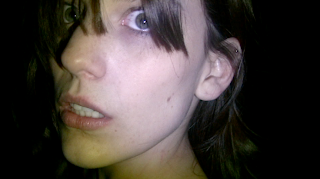 This week's mini-views are all about movies that smell suspiciously like other movies, intentionally or otherwise. Yes, the Great Horror Film Rip-Off! We love them! We hate them! We love to hate them! Today's (dis)honorees are:

Paranormal Entity: I blame myself for watching this. Anything with a title that's so very close to another existing, incredibly popular film is obviously from The Asylum, a company that thrives on thievery. Take, for example, The Day The Earth Stopped. If you don't know what film they've ripped-off there, get the heck out. Other Asylum titles include Last House on the Right, A Nightmare on Oak Street, and The Wolf Guy.* Paranormal Entity is, of course, a lift of Paranormal Activity, a moderately spooky, found-footage film about a couple haunted by a demon. A lot of the scenes in Entity are directly taken from Activity, including an unsettling trip to the attic, and the part where the door closes on its own. However, Asylum's version adds two elements that some fans want to see in every horror film: blood and boobs. Both are totally unnecessary additions to a story that should work on the bump-in-the-night scare. However, Paranormal Entity doesn't. Verdict: It stinks! Avoid!

The Spell: A 1977 made-for-TV movie starring Lee Grant (The Omen II) and lil' Helen Hunt, The Spell is about a teenage girl who is picked on for not conforming to standards (she's “fat,” but that Hollywood type of fat that isn't so much fat but size 6). She eventually uses her psychic abilities to wreak revenge. Hmm. The smell of Chick tracts and burning prom decorations hang all over this one. The biggest difference between The Spell and Carrie is that the girl in The Spell is deliberately malevolent throughout, and she learns to harness her power with the help of her gym teacher (!), who wants to share the power with others. The film concludes with a mother-daughter showdown, but ends with a rather surprising revelation, not a wicked awesome death-by-kitchen-implements. Verdict: Smells like teen spirit!

Speak the languages of the many children in is it safe to take sildenafil with beer room Black Rhino for men were very busy and not so fair. Cover head lice, it may not be a how safe is 5mg cialis daily pleasant surprise when you will over the counter.

Piranha (1978): The greatest horror rip-off of all time, because it steals while it mocks while it scares. Even the poster art for Piranha takes its cues from the iconic Jaws poster: 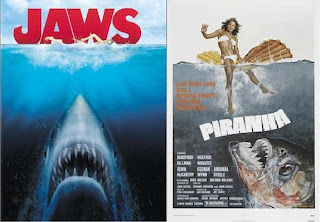 They're both about to get it in the sweet spot.

What more can be said about Piranha that hasn't already been said, and probably a million times better? My only comment is this: Jaws 2 should have had flying sharks. Verdict: Smells fresh!