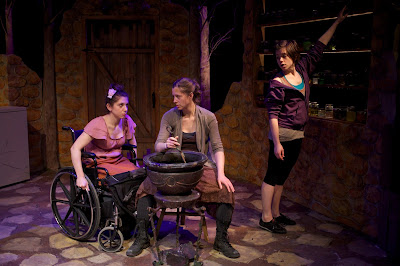 New City Chicago says “RECOMMENDED. When the first line of a play is “motherfucker,” you know you’re probably in for a good time. Brewed is a lively production full of everything from ultra violence to the supernatural and even some dark family issues.”  Read full review. 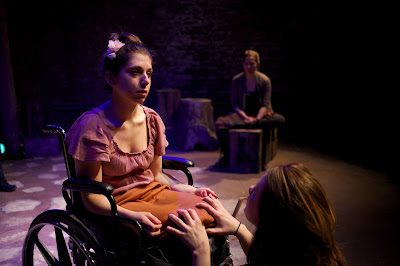 Splash Chicago Magazine says “Brewed is recommended for its very dark satire and wickedly awesome fight scenes…My brother and I sometimes fight, but in the world of Brewed the sisters look like they are auditioning for “Fight Club” (by the time the play was over there were mangled feet, bloodied noses, and blackened eyes). Read full review. 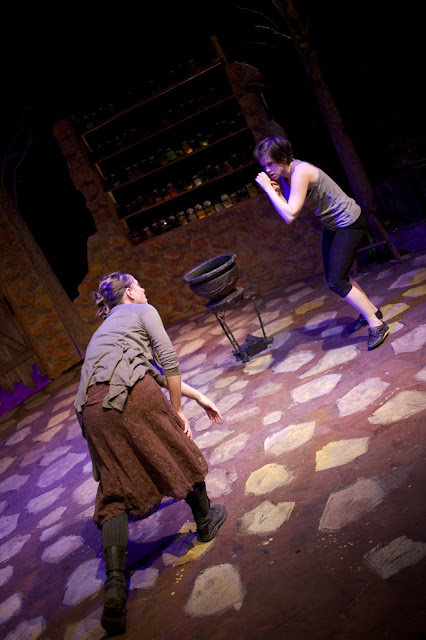 WildClaw company member Casey Cunningham assistant directed this beauty, and you may recognize Erin Myers from our 2011 production of Carmilla.

If you’ve ever watched a family drama on the stage or screen and said to yourself, “I might have liked that better if there were more actual punches thrown.  Or more mysticism.  Or more body horror,” then BREWED’s the play for you.  It’s dark, it’s funny, it’s violent.  What more could you want from a night out, friends of the Claw?

The task is stirring a pot…all day, every day. The sisters don’t share it as they once did. With Nannette busy racing stock cars and Roxette off doing her own thing, the others are left to shoulder the burden. But Paulette is fed up; Collette is clueless; and Babette, crippled in more ways than one, is volatile. Juliette does her best to maintain order and civility…for now. But why must they do this? And where else can fights go when you already use your fists?  When Roxette brings her new girlfriend home and calls everyone together, old venom bubbles up and grievance flares, setting into motion an impossible moral struggle. BREWED is a play about gatherings, sacrifice, and the dark art of obligation.