For the second installment in this series, we venture west. Colin Johnson made his submission one dark and stormy night from the steaming, undead-strewn marshes of Berkeley, California. THE DARK MUSE was that submission, a radio play that will have old school radio buffs salivating and shaking in their boots. This Poe-referencing chiller, which will be directed by Chicago star Kimberly Senior, dives into the psyche of its manic, tortured narrator.

Colin Johnson: True terror comes from the unknown, the unseen. Radio is an ideal format for channeling raw, primal fear because it’s not about what you see — it’s about what the imagination suggests.

CJ: What creeped me out about the Dark Muse was the vulnerability of being at the whim of your shortcomings. With one who’s obsessed with creation, as the writer is, the moment he’s blocked is the moment his focus will latch onto whatever peaks his interest. It can be booze, women, drugs, etc. In this case, it just so happened to be horrible, mysterious sounds wafting from a nearby apartment. What really creeped me out, however, was the positive effect that the human monster Reynolds has on the main character’s creativity. That was not originally intended, and once the story organically veered in that direction, I ran with it. Inspiration can come from some very dark places, and the implications of that is pretty scary.

CJ: I’m excited to hear the bizarre mash-up of noises coming from the apartment. I wrote it to keep it relatively open for interpretation, but they should contradict nature, creating a bizarre, foreign symphony of madness. And the hand saw. Excited to hear that nasty bit.

CJ: The difficulty of writing in super-short format is compressing the narrative. I’ve done a lot of sketch comedy as of late, which keeps you frugal as a storyteller. You learn to gauge how quickly an idea will run its course. What I did with The Dark Muse, though, was originally approach it as a short story, on account of the extensive monologues. Then I found myself reading some Poe and listening to Tom Waits (Mule Variations, “What’s He Building in There”) and decided to center the piece around the external stimuli of the character instead of his interior monologues. This streamlined the musings and, after some hefty chopping, it seemed like the mind unraveling proved fertile ground for radio.

As for horror, I’ve found that, unlike many genres, horror works best in it’s rawest form. The simpler the better. The more ambiguous the better. There should never be certain answers, only lingering imagery, unanswerable questions and one or two new phobias.

Good horror knows to not overstay its welcome. 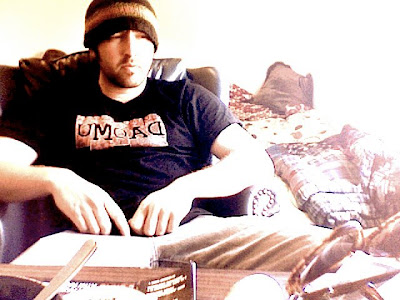 Raised in the gloom of the Pacific Northwest, Colin Johnson developed a knack for all things macabre early in life. After studying theatre and film production at Eastern Washington University, he migrated to the Bay Area in 2008 in relentless pursuit of the golden impulse. He’s worked with a plethora of Bay Area theatre/film organizations, co-founded BattleStache Studios, works as a writer/producer on Daomu from Image comics and slings literature at Pegasus Books in Berkeley. And he’s right behind you. 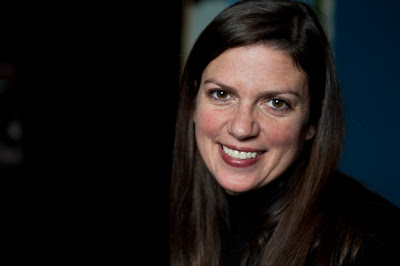 Kimberly Senior is a Chicago based freelance director. Chicago credits include: Want, The North Plan (Steppenwolf), Madagascar, The Overwhelming and The Busy World is Hushed (Next), Waiting for Lefty (American Blues), Old Times, The Conquest of the South Pole, Uncle Vanya, Cherry Orchard, Three Sisters, Fuddy Meers, and Knives in Hens (Strawdog), Bad Dates and Mouse Cop (Fox Valley Repertory), Bug and The Pillowman (Redtwist Theatre), Thieves Like Us (The House Theatre), All My Sons and Dolly West’s Kitchen (TimeLine Theatre) among others. Regional: A Few Good Men (Peninsula Players), Mauritius (Theatre Squared, Fayetteville, AR). Upcoming: Disgraced (ATC), The North Plan (Theater Wit), After the Revolution (Next) and Cripple of Inishmaan (Redtwist). Kimberly is an Artistic Associate at Next Theatre, Strawdog Theatre, and Chicago Dramatists. She is on the faculty of Columbia College Chicago (2010 Excellence in Teaching Award Winner). Kimberly lives in Evanston with scenic designer, Jack Magaw, and her children, Noah and Delaney, and is a proud member of SDC. www.kimberlysenior.net